The eye is one of the best cameras nature has given to all living forms – specially humans. With tons of data storage space and the ability to create the impression of an image, the human brain has abilities which none of the Nikons and Canons of the world can re-create. It is normally said that a 50mm lens approximates the magnification of a human eye. A “normal” lens (~50mm on a 35mm film format camera) essentially produces an image that, when viewed on a print at a normal distance for the size of the print, looks something like what you would see when viewing the scene.

So after shooting in Corbett for many years, I decided to view the Himalayan wilderness from a 50mm perspective. While I was driving to Corbett, I was trying hard to visualise perspectives that would look appealing from this point of view but eventually I left it to mother nature to bless me with the vision to look Corbett from this angle. It was hard to resist the 500 prime and the super effective combinations of the other variable zoom lenes which were ready with me during my forest drives. The results however were satisfactory to some extent and forced me to see, observe and shoot frames that I would normally ignore.

Am pleased to showcase some of the images…

The lifeline of Corbett 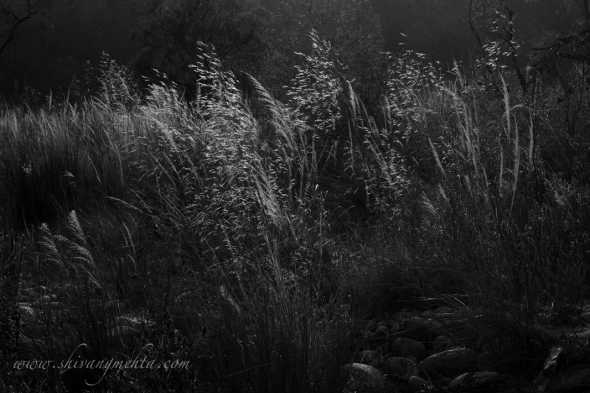